Custom concealment options - inside and out.

Radar & laser defense technology is designed to give drivers a layer of protection from traffic enforcement techniques such as: red light cameras, speed cameras, and speed traps. The full systems consist of radar detecting, laser detecting/jamming, and alert-interface components. Whether an exotic, classic, or daily driver we specialize in integrating these components with the goal of respecting both interior and exterior aesthetics while giving drivers the maximum amount of ticket protection possible.

Continue below to learn more about the technology and how we can help better protect you on the road.

What’s a Radar & Laser Defense System? Where Does it Go?

The radar components consist of small rectangular boxes housing radio antennas which detect incoming radio waves. Depending upon desired protection level, these are either installed just in the front of the vehicle or both front and rear. Being that radio waves can travel through materials, these boxes are installed behind the bumpers making them practically invisible.

The laser components can vary in shape and size based off preference and application, but nonetheless consist of receiver and transmitter lenses. Based off desired level of protection these can be installed just in the front or both front and rear. Since laser is line-of-sight based, these components are installed in visible yet discreet locations along the bumper(s) of the vehicle.

To get a better idea of how our install process would apply to your vehicle please visit our portfolio to view past installs, reach out to us to speak directly, or feel free to stop by our shop!

How Does it all Work?

Radar is the most common form of speed measurement devices and the technology is quite simple. First, think about how radio stations broadcast on a specific wavelength that you have to tune your radio to so that you can listen in. Radar guns combine both transmitting and receiving into one device. It transmits a radio signal and “listens” for the echo of that signal.

To measure a vehicle’s speed, it takes advantage of the “Doppler Effect” which describes how radio waves reflected off a moving object are “shifted” in frequency in relation to source signal. Specifically, if an object is moving towards the radio signal, the reflected waves are shifted up in frequency and vice versa. Radar guns use the frequency difference between the transmitted and received radio waves to measure the vehicles speed.

It’s important to note that not all the transmitted radio waves reflect back to the radar gun. Most of it escapes beyond the intended target. That’s where radar detectors earn their utility.

How do Radar Detectors Work?

As mentioned above, most of the transmitted radio waves escape beyond their intended target. Characteristic of radio waves, they take long distances to dissipate. Radar detectors take advantage of this by “listening” for these radio waves and can be sensitive up to 1- 3 miles. Radar detectors know what frequencies to listen to because radar devices broadcast on fixed wavebands: K (18 – 27 GHz, Ka (26.5 – 40 GHz), and X(8 – 12 GHz).

If a radar gun/device is detected, the radar detector will alert the driver giving them time to adjust speed if necessary

Laser (or LiDAR) is the other form of speed measurement. Different from it’s radar counterpart, instead of using radio waves it uses laser pulses to measure speed. The way it works is that a police officer aims a LiDAR gun directly at a moving vehicle and fires fixed-rate laser pulses measured in pulses per second (pps). As each pulse is reflected back towards the officer, the LiDAR gun is able to measure the distance of the moving vehicle at each time point. Using math and the speed of light as a constant, the LiDAR gun is able to take these measured distances and their corresponding time points to calculate the speed of the vehicle.

How do Laser Detectors and Jammers Work?

Laser detectors work by simply sensing the laser pulses from LiDAR guns and in turn sending an alert signal to the driver. This alone does not protect the driver because once a LiDAR gun measures the vehicles speed, the officer has what they need to give you a ticket. That’s where laser jamming comes in. Upon sensing the incoming laser pulses, the laser jammers emit pulses back towards the LiDAR gun to “confuse” the calculation process. While the lasers are jamming, this gives the driver enough time to slow down. At that point the laser jamming will cease and the police officer will be able to register your speed within the legal limit.

Best Protection by the Best Brands

Not all ticket defense systems are the same however, features and performance can vary widely in terms of but not limited to: directional alerts, alert sensitivity, signal filtering, GPS functionality, and so on. That’s why we’re proud dealers of Stinger and Escort radar/laser defense systems. Their systems are top performers in all radar/laser tests and are proven platforms to offer you the best radar protection on the road.

Reach out and see how Signature Audio can give you the best ticket protection on the road.
Contact Us

Of the Finest Radar & Laser Defense Products From: 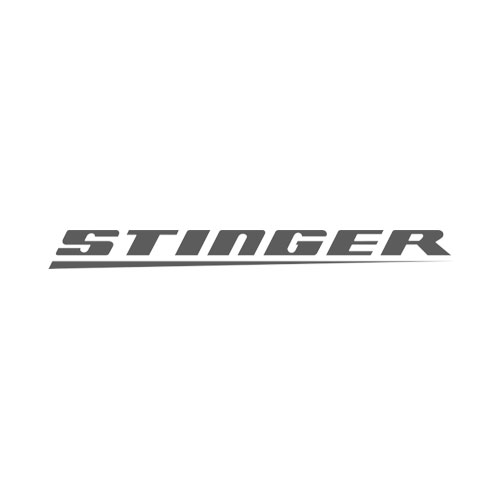